Yesterday Xiaomi launched two new gadgets Redmi Router AC2100 and Redmi XiaoAI Speaker Play at the launch event held in China. The company also launched Redmi K30 and the RedmiBook 13 laptop with the above two gadgets. Both the speaker and router has been launched under the name of Redmi, sub-brand of Xiaomi. 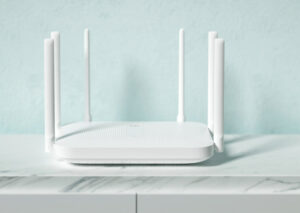 This is the first Redmi branded router which will provide dual-band 2.4GHz + 5GHz support and at a time 128 devices can connect to it simultaneously. The device is powered by a dual-core processor clocked at 880MHz and the company is claiming that the router can give a connectivity speed of over 2Gbps which is more than enough we think.

It is IPV6-supported and it features six omnidirectional high gain antennas and six high-performance signal amplifiers to provide better performance overall. Also, the router can be connected to Xiaomi’s smart home appliances via the Mi Home app. 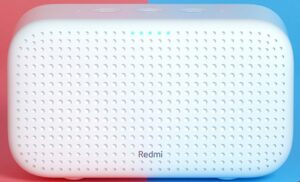 This is the first smart speaker by Redmi that comes with 3rd generation in-house XiaoAI virtual assistant with an option to choose between a male and female voice. It is packed with a 5W speaker and has a 350cc sound cavity, also it supports over 1,400 skills to control smart home appliances. The Redmi XiaoAI Speaker Play will be available in four colour variants – Blue, Green, Pink, and White.

Both the devices will be on sale from 12th December, but now they are up for pre-order. But as of now, we are not able to get any information about the launch and availability of both the devices in other markets including India.