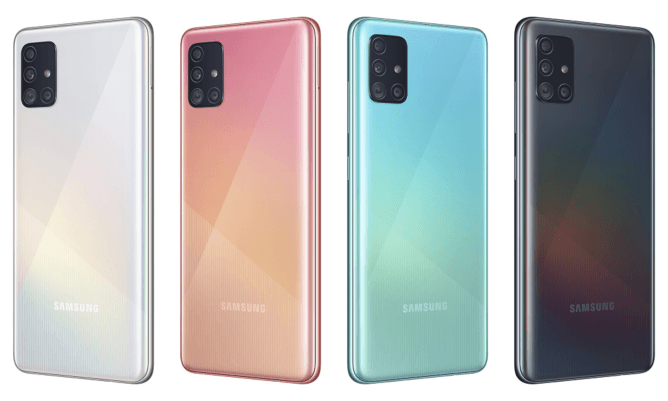 Samsung launched another smartphone named “Galaxy A51” which is priced at Rs.23,999 and hopefully it is the successor of Galaxy A50s. It has been previously launched in Vietnam last December and the company recently launched the Galaxy S10 Lite and Note 10 Lite in India. The device is powered by an octa-core Exynos 9611 SoC processor and a 4,000 mAh battery with 15W fast charging support.

It features a 6.5-inch Super AMOLED Full HD+ Infinity-O Display with a screen resolution of 1080 x 2400 pixels, 20:9 aspect ratio and in-display fingerprint sensor. There will be four colour variants – Prism Crush Black, White, Blue, and Pink. It runs on Android Pie 9 with One UI 2.0. The phone also comes packed with 6GB or 8GB RAM.