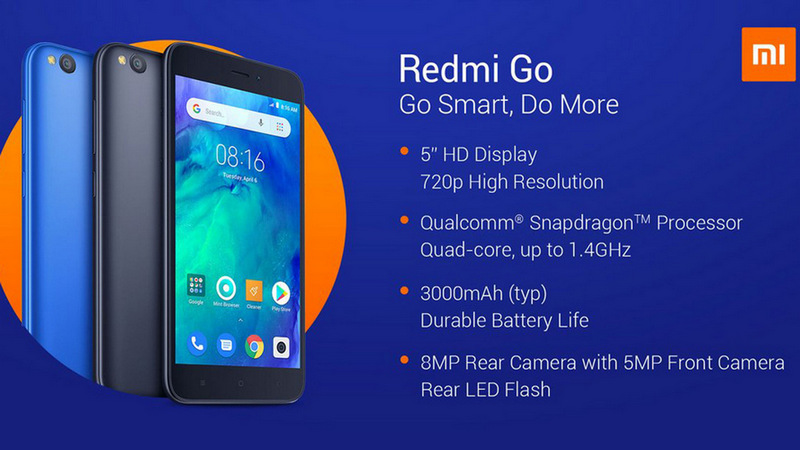 Xiaomi announced the price cut of Redmi Go which was launched last year. Earlier it was available in one storage variant i.e 8GB but later on, the company brought another variant with 16GB of storage. The 8GB storage variant was priced at Rs. 4,499 and 16GB variant was priced at Rs. 4,799. The main highlight of the smartphone is, it runs on Android Go and it is the cheapest phone offered by Xiaomi till now.

The smartphone comes in two storage variants and they will be priced at Rs. 4,299 (1GB RAM + 8GB internal storage) and Rs 4,499 (1GB RAM + 16GB internal storage). Both these new prices are reflecting on Flipkart.com, Mi.com and offline retailers all across India. The device is powered by quad-core Qualcomm Snapdragon 425 SoC processor and a 3,000mAh battery.

It features a 5-inch HD display with a screen resolution of 720 x 1280 pixels. On the rear side, it has a single 8MP rear camera sensor along with an f/2.0 lens and an LED flash. For selfies, it has a 5MP selfie camera at the front, with an f/2.2 lens. Two colour variants are available – Blue and Black.

Get the #AndroidGo experience on a budget like never before. Buy the #RedmiGo at an all-new price of ₹4,299.

Get yours from https://t.co/cwYEXdVQIo, @Flipkart, @amazonIN and Retail Outlets. pic.twitter.com/hsAdx6y3mY