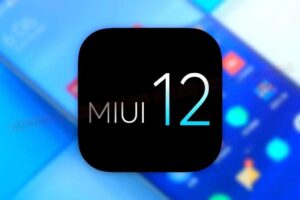 In January month, Xiaomi confirmed the launch of MIUI 12 software somewhere in quarter 2 this year. The announcement was done through a tweet though no more details were revealed on the official release date and its features. Nevertheless, it is presumed that the update should land by mid-2020. The logic behind zeroing in May/June timeframe is that both MIUI 10 and MIUI 11 were launched around the same time.

This announcement brought out a slew of expectations among the users, such as the new Graphical interface, global dark mode, and many other related features. MIUI 11 and MIUI 10 got launched in or around May, so we expect the arrival of MIUI 12 in mid-2020. However, the official release date is yet to unveil. 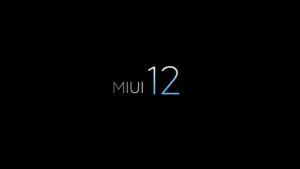 As per expectations, MIUI 12 would be based on MIUI 11 OS. The logo of MIUI 12 has been unveiled by the company via its Weibo account. Going by the teaser posted, the digits “12” in MIUI 12 are shown in gradient. It is speculated that Xiaomi might be trying with a unique palette. Also, we can expect a change in the fonts but it will continue to retain the minimalistic design.

Though the details are scarce as it’s in the initial developmental stage, we have listed below the supported devices for you. Take a look!

Expected Features!
As already said, there’s no official update regarding features that one will see in MIUI 12 software. However, it can be expected that it will run on Android R or Android 11. Here are the features we can expect:

GUI- New Graphical User Interface
System-wide Dark Mode
Dark Mode Support each System Application
16:9 ratio Display
Latest Android Version (Android 11)
Multiple Clone App Support
As per one engineer of MIUI, the dark mode will turn text color to white and background to dark grey or black color. The user can enable it in all third-party apps almost. Also, it would reduce the strain on eyes and apparently reduce battery drain too. So, possibly the MIUI 12 launch would unfold several surprises for the users. 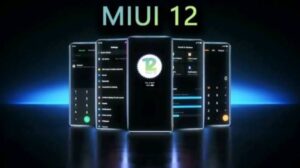 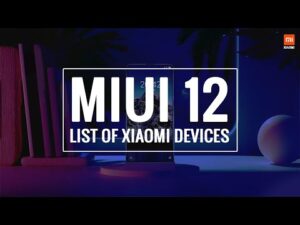 List of Expected Devices to Receive MIUI 12
As per the reports, around 40 Redmi devices will get MIUI 12 updates. Check out the list given below. However, if you don’t find your device in the list, then just don’t panic as Xiaomi phones will get the update eventually. Here’s the list:

Mi Play
Mi 5x
Note: It’s not Xiaomi’s official list and we don’t validate it. Don’t panic if you cannot spot your device in the list. It is not an official list.

For more updates, stay tuned with us.