sjDfreak
HomeTech NewsGeomiq is Offering 91.6 Lakhs to Use Your Face on a Humanoid...
Tech News

Geomiq is Offering 91.6 Lakhs to Use Your Face on a Humanoid Robot 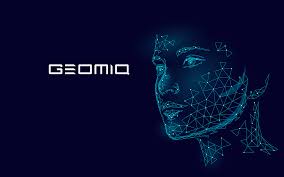 Geomiq is a London based company and they are finding “kind and friendly” faces for their upcoming robot. They have recently added a blog post saying their requirement. The company is developing this robot for their client and they are ready to pay £100,000 (approx 91.6 Lakhs) to own rights for using your face on the robot.

Geomiq mentioned in the post that “A few weeks ago we were approached by a robotics company asking if we could help it with the finishing touches of a state-of-the-art humanoid robot it’s been working on. Details of the project are scarce due to a non-disclosure agreement we’ve signed with the designer and his investors, but this is what we do know.”

The humanoid robot will be used for taking care of elderly people, though any in-depth details have not been mentioned in the blog post. Though it is a startup company and we don’t know how much legitimate this offer is. So before applying to think twice and then proceed. Also, read the official blog post here to read in details.

Anyone can submit their photo by emailing them directly at faces@geomiq.com

Disclaimer: sjDfreak is just providing the information and we are not promoting this anyhow. Also, we are not connected with the company anyway. Proceed at your own risk.