Here is an instruction how to connect to a VPN Gate Public VPN Relay Server by using L2TP/IPsec VPN Client which is built-in on Android.
On this instruction, every screen-shots are taken on Android 4.x. Other versions of Android 4.x are similar to be configured, however there might be minor different on UIs. Some third-parties customizes the configuration screens of Android.
These screen-shots are in English version Android iOS. If you use other language, you can still configure it easily by referring the following instructions.

1. Initial configurations (only once at the first time) 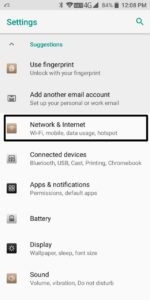 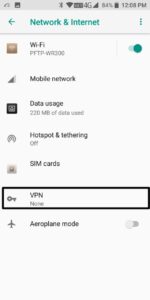 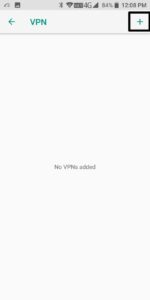 A new VPN connection setting editing screen will appear. Input something string on the “Name” field (e.g. “vpn” ), and choose “L2TP/IPSec PSK” in the “Type” field.
On this screen, you have to specify either hostname or IP address of the destination VPN Gate Public VPN Relay Server.
Open the VPN Servers List page, and click one VPN Relay Server which you want to use. Copy the DDNS Hostname (an identifier ends with “.opengw.net” ) or IP Address (digits as xxx.xxx.xxx.xxx) and paste it on the “Server address” field on the configuration screen. 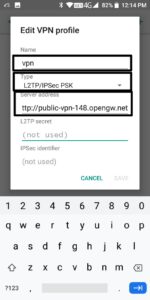 Scroll down the configuration screen, and tap the “Show advanced options” checkbox if appropriate.
Specify “vpn” (3-letters) on the “IPSec pre-shared key” field.
Specify “0.0.0.0/0” (9-letters) on the “Forwarding routes” field. Make sure that you input the “Forwarding routes” field correctly. If not, you cannot communicate via VPN.
After all inputted, tap the “Save” button and save the VPN connection setting. 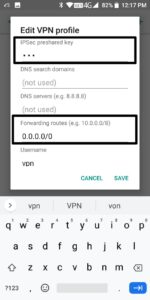 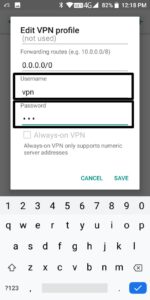 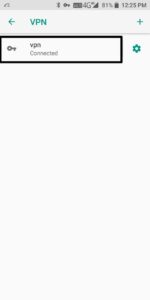 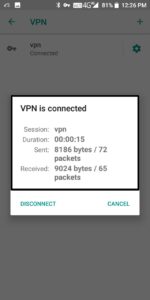 While VPN is established, all communications towards the Internet will be relayed via the VPN Server.
You can visit the VPN Gate Top Page to see your current global IP address. You can see your source country or region has been changed to other if you are connecting to a VPN server which is located on oversea country. 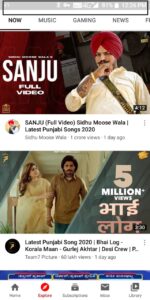