Aptoide_5 Secret Android Apps Not On The PLAYSTORE!!

Aptoide is an application store for Android devices that runs similarly to the Google Play Store. Besides being free, it requires no registration, features a massive selection of over 300,000 apps, as well as almost instant updates for each of them. One of its main selling points is that it, unlike Google Play, enables users to return to previous versions of their favorite apps. 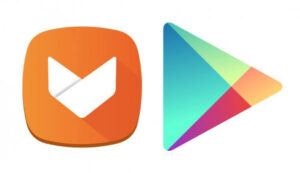 Apart from being an app store, Aptoide is a marketplace for stores. Any user of this software can create their stores which more users find through categories. So, it allows you to browse by your cell phone brand, independent developers, wallpapers, music, and more while giving app developers a place to share their creations.

The download and installation processes take place directly from the store, which manages updates automatically, as well. Besides, there’s a rollback function which enables you to downgrade your app if the update isn’t satisfactory. 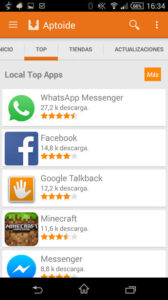 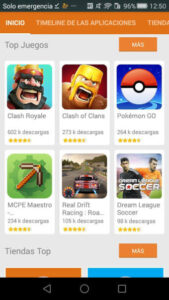 Not getting a store on your phone with the device may be a deterrent for many. However, the download and installation process only takes a few steps. All you need to do is download the apk file, copy it to your device, and tap it to install. Admittedly, though, you’ll have to tackle your phone’s security settings.

Once the installation is through, enter the app, and you’ll see the most popular current pieces of software on the homepage. Then use the browse option to search for what you want to see free of charge.

The interface is intuitive – everything from downloading to managing your apps takes mere seconds. When it comes to downloading speed, in most cases, it’s on par with Google Play Store, but it sometimes falters.

The latest features when it comes to Aptoide’s design allow new developers to add their app stores. All necessary tools are in the app already.

Aptoide’s content is exceptionally various, even including some apps unavailable in Android’s official store. However, the reviews do leave a lot to be desired. They tend to get copied from the Play Store and not contain enough elaboration on the software.

However, this is an open-source platform with millions of users, which means that the very content of the store is extremely diverse. Even though this is initially a benefit, many open-source apps don’t seem the most trustworthy in terms of malware. Aptoide promises an entirely malware-free environment. The developers have implemented protection and validation layers to ensure this. They test the apps for adware and malware, adding green badges to those they deem safe for downloading.

Should you want to purchase an app, you may do so using your credit card or one of the many localized payment systems. Developers operating in this software get encouraged to integrate their payment platforms, too.

Besides being available in 40 languages and all over the world, Aptoide features several versions of the store. You can install one specifically for tablets, Aptoide Kids helps with the parental control issues, and Kids and VR versions are more specific than the original app.

Although Aptoide is growing in popularity and gaining an ever-increasing user base, you may be interested in the alternatives. The first logical choice is to use the Google Play Store – the official marketplace where you will find all apps for Android devices.

On the other hand, if you’re still seeking alternative app stores, there are other options besides Aptoide, like AppBrain. Finally, F-Droid is one of the most exciting options with a goal quite similar to that of Aptoide.

If you’re curious about alternative stores but carry an iPhone instead of an Android, AppCake features all kinds of apps for your Apple device.

Excellent for some users

While Aptoide is the right solution for many people who don’t want to go through Google or don’t have a phone which supports Google Play, it’s not for everyone. Get it if you’re ready to do some discerning between high- and low-quality apps – or limit yourself to green-badged ones, and you shouldn’t have a problem.